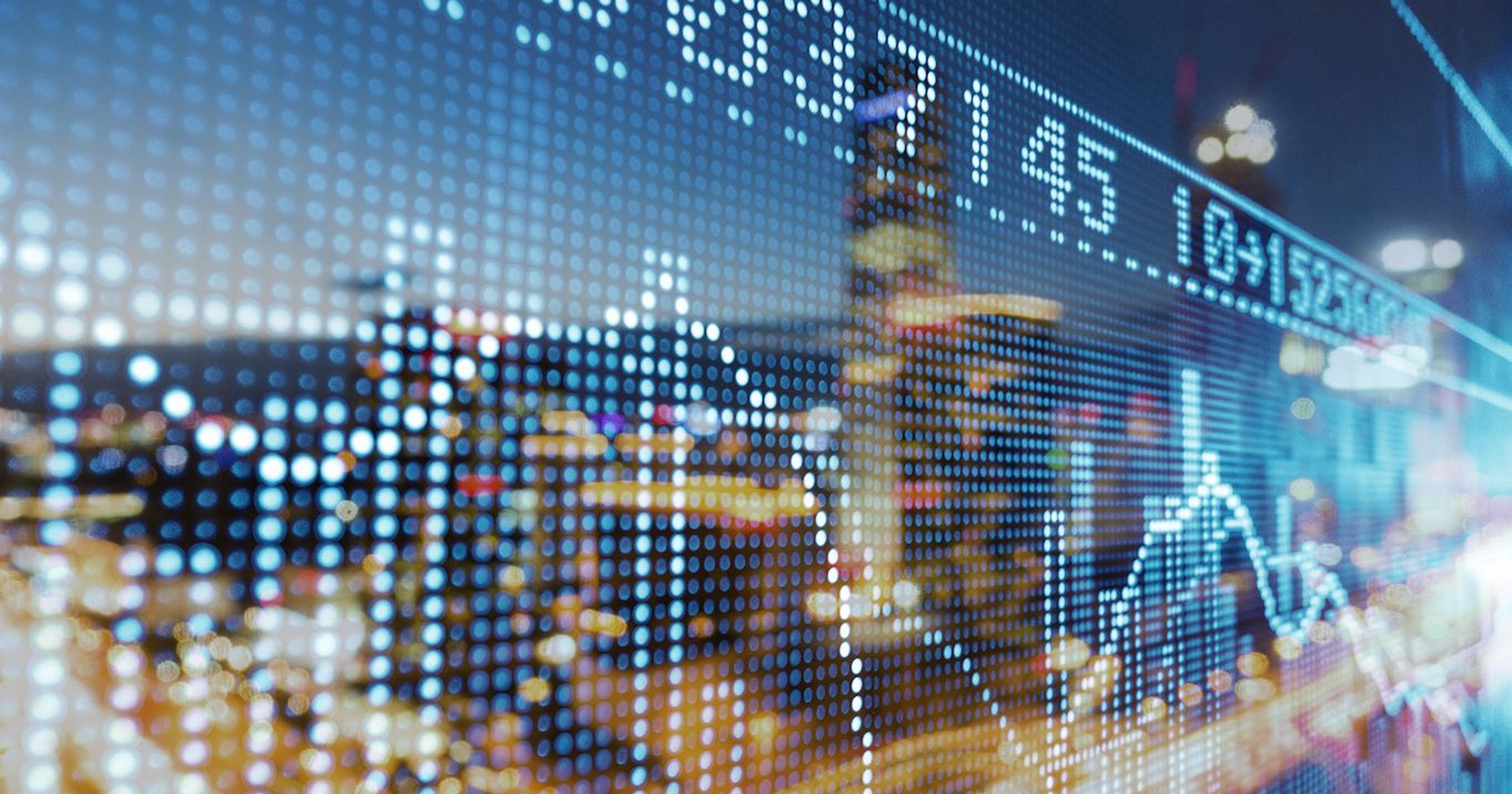 All information contained within this post is public knowledge. This post should not be construed as investment advice. With any investments there are varying degrees of risk that should be considered. This article solely looks at the recent performance from PEOs who have experienced positive gains on the day of their earnings release and subsequent days.

Trinet’s earnings came in substantially higher than analyst’s expectations resulting in their stock jumping from $49.55 to $60.86 in a day which represents a 22% increase on their earnings release date (2/14/19). 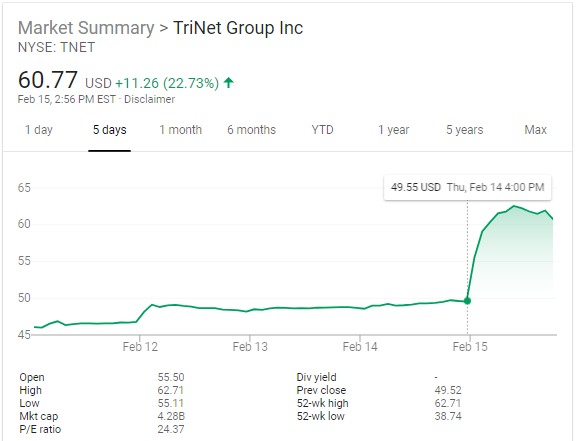 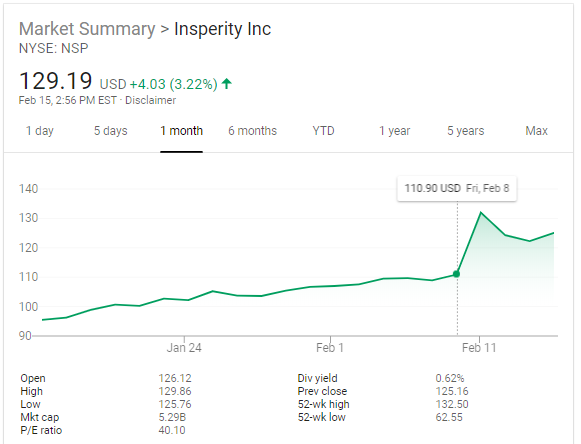 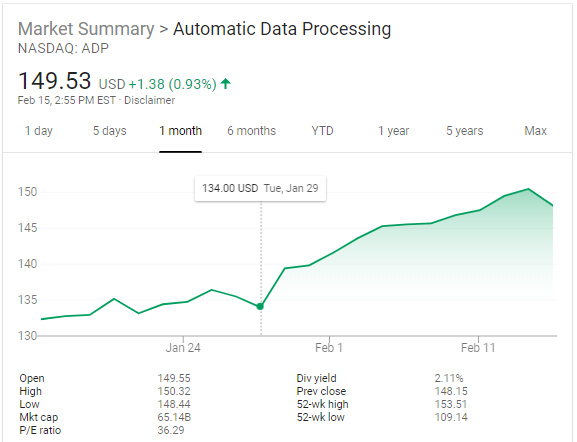 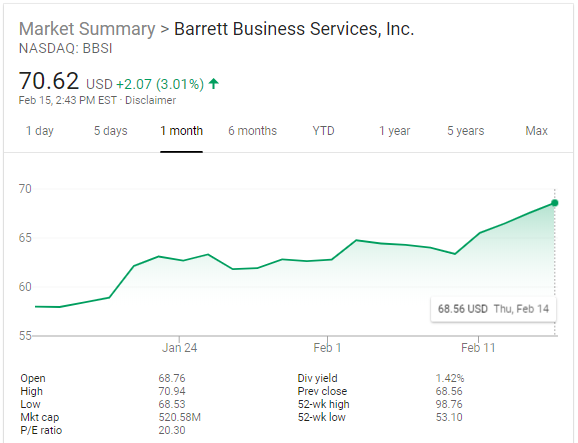 PAYX is estimated to announce earnings in mid to late March. 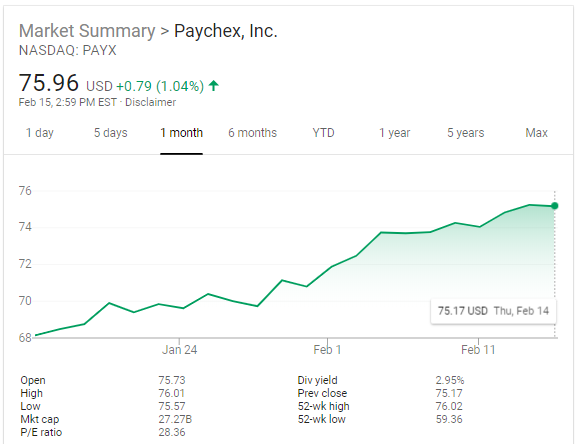 With any investment options there is a degree of risk but if peer performance is any indicator, we may see a jump in stock value with BBSI and PAYX in the near future. The Trump Tax credits have likely played a part in driving up earnings for 2018.

Peer performance is no guarantee that another stock will rise on the day of its earnings. However, there has been a consistent trend recently within the PEO industry that has looked positive. Moreover, when the one-time tax credits are factored into earnings, conceivably earnings could see an uptick. Moreover, it will be interesting to see how PAYX financials look now that Oasis Outsourcing will be factored into the numbers. There may be enough compelling variables to view these stocks as a buy rating.  However, with any investment, there are no guarantees.

Of the two remaining publicly traded PEOs to release earnings, BBSI has one analyst recommendation whom rates the stock as a strong buy.

PAYX is covered more widely with 16 analysts rankings. The general consensus is that of hold for the stock by 14 of the 16 analysts. It may be due to some uncertainty with the Oasis acquisition but it is surprising that there are no buy recommendations.

BBSI, released its earnings on 2/26/19 after the market closed. Analysts’ EPS forecast for the 4th quarter was $1.74. BBSI came in at $2.21 beating forecasts. Net income was up 61% while net revenues were down 3% in the 4th quarter. As a result of the income increase, the company saw a slight spike in share value day over day.

Rob Comeau is the CEO of Business Resource Center, Inc., a business consulting and M&A advisory firm to the PEO industry and the featured Author of www.netprofitgrowth.com.