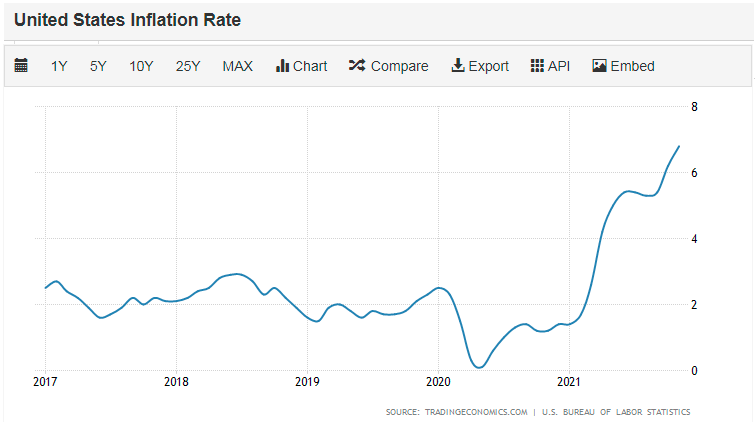 As noted in the commentary section of Figure 2, the Fed is looking to drive three interest rate hikes in 2022. Additionally, the US has been in the longest bull-market in its history as noted in Figure 4. It is highly likely the market will shift in the near term. Meaning, valuation comps will drop as the market drops, thus negatively impacting private acquisition valuations.

Currently, PEO valuation multiples are at an all-time high and the PEO industry is coming off a growth year in 2021 as noted by NAPEO’s Pulse Survey. This means that TTM (trailing twelve month) financials for PEOs are strong, as is current valuations. If a potential exit is on the horizon within the next five years, it is highly advisable to explore the market now.

Figure 2 Commentary via Tradingeconomics.com: Fed policymakers noted that given the outlook for the economy, labor market and inflation it may become warranted to increase the federal funds rate sooner or at a faster pace than previously anticipated, minutes from the last FOMC meeting of 2021 showed. Some Fed policymakers also noted that it could be appropriate to start reducing the size of the balance sheet soon after the central bank begins raising interest rates. The Federal Reserve announced at its December 2021 meeting it would end its pandemic-era bond purchases in March, paving the way for three interest rate hikes by the end of 2022. source: Federal Reserve

Valuations are at an all-time high in the PEO space. The PEO industry is coming off a growth year in 2021. This means that the two variables in a valuation equation (base EBITDA and valuation multiple) are strong. With inflation on the rise, cost of capital about to increase three times in a year, and with a likely market correction in the near future, valuation ranges are likely to decrease by the end of 2022. As noted in Figure 4, the US is in the longest bull-market in history. This is not a sustainable trajectory under normal circumstances. However, when you add the pandemic, shutdowns, the great resignation, etc., the correction may be more dramatic than most believe. In my opinion, if we have a more dramatic correction than most expect, valuations will likely decrease. This could occur over the next twelve to twenty-four months.

If an exit is on the horizon within the next five years, it is advised that you confidentially explore the market now. Increasing your valuation by growing your EBITDA may be offset due to market conditions and valuation multiple reductions. When the economy dips, same store sales for PEOs reduce. This is due to reduced hours, wages, or headcount in a down economy. If the cost of capital is high during an economic dip, valuation multiples will dip. Moreover, publicly traded comps will be down, and growth capital will be more expensive. Timing plays a role in an exit valuation. Make sure you are reading the indicators correctly in order to make a strategic and advantageous decision.

I am happy to connect if you have questions and/or would like to learn more about the market and its opportunities.

Rob Comeau is the Founder of NPG and the CEO of Business Resource Center, Inc., a business consulting and M&A advisory firm with a niche focus on the PEO industry.

To learn more about Rob, you may visit BRC by clicking here.