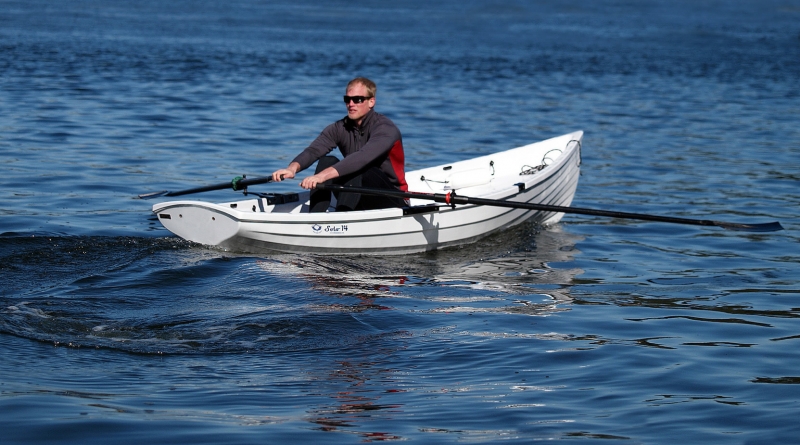 According to the IBISWorld Industry Report on Professional Employer Organizations in the United States, 52% of the industry gross revenue is driven by the top three players (ADP TotalSource, TriNet, and Insperity). When additional companies like Oasis, Paychex, BBSI, CoAdvantage, and a few others are factored into the equation, the industry appears more top-heavy. A more likely figure is that somewhere around 70%+ of the industry revenue is controlled by the top ten players.

With an estimated 700+ PEOs operating in the United States today, the vast majority of PEOs are focused on growth and achieving scale. This article will outline each growth stage. For this exercise, we will utilize a fun analogical approach with boats. Each stage comes with elements of success and challenges. We applaud PEO Ownership at each stage of the growth curve and wish them smooth seas!

When a PEO is small and/or getting off the ground, the owner is active in daily operations. Often, it is the grit of the ownership which rows the organization into some momentum. The benefit is that ownership is acutely aware of all facets of the organization because they are entrenched in it daily. The con is that without the owner rowing (driving the organization forward), the momentum would cease. Moreover, the vessel (company) is still small and will more easily capsize (go under) than larger counterparts. The speed in which the organization can move is often slower due to capital restraints and lack of buying power with suppliers. However it can pivot (make changes or change direction) more quickly than larger counterparts.

When a PEO surpasses the 1,500 WSE mark, there is often room to breath for the owner. The pontoon boat has a wider base than the rowboat (number of clients) which creates more predictability when waves (unexpected business events) occur. The speed (growth) of the organization is often still slower than larger counterparts. As the organization has grown, there is more room for additional talent. The company can still pivot (change directions) quickly and it has weathered the initial growth stage. There is more confidence in the company staying afloat (surviving) than in the rowboat stage. At this stage, the owner is often faced with the decision of aggressively growing the organization or maintaining a lifestyle business at or around its current size.

Now that the PEO has grown a bit larger, it employs more people. These people can work in close harmony to harness the power of the wind (grow the organization). If the right crew (talent) and vessel (organizational design) is in place, the PEO can achieve greater speed (growth) than its predecessor. At this size, the PEO has less leverage over third-party relationships (tech providers, insurance companies, etc.) than larger counterparts. While the sailboat PEO begins to have greater leverage with external partners than previous stages, it still lacks the economies of scale to have major influence over its supply chain (third-party providers). The ability to pivot is still great but not quite as nimble as the rowboat.

Once a PEO is in the ten thousand to twenty-five thousand WSE range, they generally achieve some economies of scale. The ownership is often still manning the wheel of the vessel but is able to move more quickly (growth, changes) than past stages. The wake (brand recognition) is more visible and gains momentum during this stage. The organization can still pivot relatively quickly. However, due to the increased speed (organizational growth), pivoting (making changes) too quickly or over-throttling (over extending) could be detrimental to the organization. It is advised that conditions (sales, operations and financial conditions) are reviewed regularly to ensure the boat is going in the right direction (strategic intent and client selection) and doesn’t run out of fuel (capital).

A PEO of this size has a strong hull (foundation) and increased arsenal (competitive advantages). In other words, there is generally more this PEO can offer than smaller counterparts. It has a larger team of professionals that are now often separated into divisions. At this stage, it has achieved greater economies of scale. Also, third-party affiliates more frequently compete for the PEO’s business. This provides the PEO with increased leverage and influence over third-party relationships (tech, insurance, etc.). This PEO still has strong momentum but begins to lose its ability to pivot and change directions quickly. It often can win in the marketplace against smaller competition due to increased economies of scale, resources and potential increased diversity in its offering.

During this growth stage, the PEO is often making a number of acquisitions which increases its economies of scale and potentially diversify its offering. These airplanes (acquisitions) become tuck-ins to the carrier (platform company) and allow it to out maneuver competition. The vessel has more fuel (capital) for longer sustainability at sea (in the marketplace) and it can support the airplanes (acquisitions) with resources to ensure the whole of the organization optimizes results. The hull (foundation) is much less vulnerable to penetration (competition) and its pace (growth) is steady.  It cannot pivot (make major changes) quickly and it is required to secure all on-board planes (acquisitions/divisions/departments) prior to making a major directional change.

This stage would encapsulate the largest players in the industry. While there are varying sizes of fleets in the industry, this size of PEO has high influence and control with its supply-chain (third-party relationships). It generally possesses greater diversity in its arsenal (scope of offering) and has many affiliate ships (acquisitions/divisions/locations) to coordinate with while covering more of the sea (geographic footprint). Often, at this stage, acquisitions have been transitioned into divisions of the macro organization. Economies of scale have been realized, talent is abundant, and controls are tight to ensure compliance and financial gain.

With economies of scale and an increased arsenal greater than previous stages, the fleet often wins in the marketplace. In battle, it is generally focused on other fleets and aircraft carriers (larger competition). The fleet has tremendous resources and moves (grows) at a steady pace. Directional pivoting (large changes) for the fleet require great coordination, cooperation and time. The fleet focuses on long-term strategy as moves are made more slowly but methodically. The fleet is more visible than smaller competition and as a result, is often a target of smaller competition and other fleets.

Some fleets merge to create larger fleets while other may do battle (compete) to win ground (market-share) on a macro level or in a particular region. The fleet has multiple layers of command (Board, C-Suite, Divisional Heads) in the decision-making process for major organizational decisions, and it must answer to its citizens (investment community)  for the moves it makes.

This was a high-level review of the different stages of PEO growth delivered in a fun spirited manner. Hopefully the analogical approach provided some memorable mental pictures to the different growth stages. Remember that each stage comes with its own pros and cons. As the organization grows and graduates from stage to stage, it should be cognizant of the required shifts it must undertake for optimal success. Each stage has its own specific requirements. Oars are not applicable on a sailboat, just like a sail is not required on a battleship. A PEO should consistently review its crew (talent), course (direction), speed (growth), vessel (organization), and any leaks (liabilities), in order to make adjustments when/where it is necessary.

Each stage outlined in this article is a general overview. Some PEOs migrate to different stages prior to the WSE ranges illustrated and the value prop, talent, capital, and capabilities vary from PEO to PEO.

In some regions, a sailboat or speedboat may be sufficient. For example, you wouldn’t need an aircraft carrier on a lake (smaller region) but you would be better served to have a fleet on the ocean (national footprint). Moreover, a fleet (large PEO) will likely have smaller vessels (locations/divisions) to compete on the lake (smaller region) with sailboats and speedboats. It is important to note that the sailboat/speedboat may have the advantage of more intimately knowing the current (buyer’s behavior) and topographical layout (regional presence).

Hopefully this article provided your team with a general overview and some high-level insight for each stage. Smooth sailing!

Author: Rob Comeau is the CEO of Business Resource Center, Inc., a business consulting and M&A advisory firm to the PEO and private equity industries. To learn more about strategically transitioning through the different growth stages and the consulting services BRC provides, please contact us on the web at www.biz-rc.com or by calling (949) 888-6627.